Tunable-white lighting is one of the biggest trends in commercial lighting. LED developers have taken a serious grip on the photo-biological research being produced by university departments and other groups. We know more about the way that humans function than ever before and you might say that it’s fortunate for the LED community that the science appears to support a practical technology that is perfectly suited to LED exploitation.

Standard LED colour-mixing uses red, green and blue channels that are adjusted to deliver the entire range of the colour spectrum. Tunable-whites work in the similar way, using of a number of controllable channels to adjust the colour temperature of the luminaire’s white light output. The channels in a tunable-white system all produce white light, but with varying colour temperatures, from a warm tone to a cool tone.

Inevitably, there are levels of sophistication involved in tunable-white systems and it’s vital that the specifier understands not only what is required from the lighting, but also what any particular system is capable of delivering.

Take a warm white LED and sit it next to a cool white LED and cross-dim between the two. Job done? Well, not quite. It’s true that the cheapest tunable whites work in exactly this way. The most basic tunable linear systems use LED strips mounted side-by-side. One channel will be close to 2700K in colour temperature, with the other up around a cool 6000K. The LED strips are mounted inside an aluminium extrusion fitted with an opal diffuser, which does the colour mixing as the light passes through it. It’s very simple engineering but satisfies a basic market with low performance expectations.

Multi-chip versions do the mixing at chip level

More products are using ‘multi-chips’ where a number of tiny LED chips are combined into the same module. This means that the colour mixing occurs as the light leaves the module. Their very small size means that tunable-white products can be made much smaller, so we’re starting to see downlights using the technology as well as linear systems. These multi-chips tend to have a higher performance specification than the individual LED strips, but nothing should be left to chance.

Colour rendering can be compromised

A lot of fuss is made, quite rightly, over the way that white light presents surface colours. We’ve come to expect a good quality of colour rendering, regardless of light source. Tunable whites are not exempt from this issue but it’s not always clear from manufacturers’ data how well a system is performing.

Cheaper products may advertise good colour performance at the extremes of the tunable range, where light is being delivered from either the warm or the cool channel, but there’s no certainty that the mixed light performs equally well. Generally speaking, the greater the number of channels, and systems vary from two-channel to five-channel, the better colours will look under them.

Not all tunable-white systems cover the same colour range

If there is one aspect of tunable-whites that the specifier needs to take great care over, it’s the colour temperature range that’s on offer. While some systems offer a wide natural ‘circadian rhythm’ range that shifts from candlelight to daylight, there are other systems with a much smaller range, from 2500K to 4000K, which should only be considered as a decorative option.

There are three ways to control the tones

Three discrete channels could be a solution

It’s been pointed out that not all ‘tunable-white’ mixing requires a full colour range. Complex tunable-white schemes mean that you should be able to call up any colour temperature within the mixing range. But some clients will call for specific colour temperatures, often those that are commercially available, such as 3000K, 4000K, 6500K. If that’s the case, then it may be simpler – and cheaper – to consider having three discrete lighting channels operating separately within a bespoke housing. 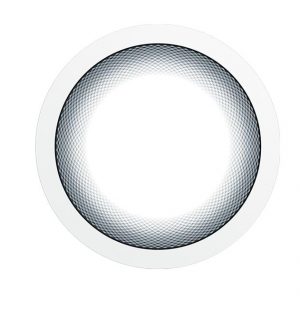 The Tunable White PANOS INFINITY LED downlight is unique in that it boasts a dynamic colour temperature to simulate the natural course of daylight. Depending on the application situation, architecture or object to be illuminated, the user can flexibly adjust the colour temperature without replacing lamps or luminaires. In the process, a continuous range of 2700 K to 6500 K not only improves the quality of perception but also creates eye-catchers, highlights colours and enhances the human biorhythm. The high colour rendition quality (Ra 90) of PANOS INFINITY Tunable White ensures that colours are not distorted. The various different white tones are adjusted via the CIRCLE tune control module or the Emotion touch panel. At a colour temperature of 2700 K, the efficient LED downlight produces a luminous flux of more than 1600 lumens while consuming only 27 W of power. With its new member, the Tunable White LED version, the PANOS INFINITY LED downlight range continuous to be a pioneer in the market. The luminaire’s efficiency, lighting quality and dynamic colour temperatures open up a new dimension for light. 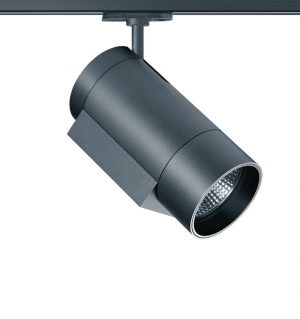 The integration of Tunable White LED technology has made the complex ARCOS range of spotlights complete. With a colour temperature variably adjustable between 2700 and 6500 K, and excellent colour rendition of Ra > 90, the LED module has setstandards for high-quality accent lighting in museums and shops. Thanks to the use of innovative technology, subtle shades can be produced easily and quality of perception can be improved. The spotlight is dimmed via DALI. 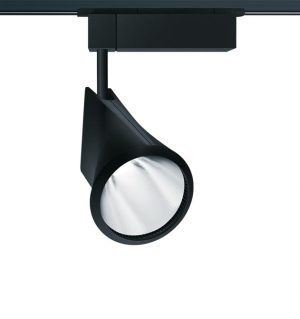 The new IYON LED spotlight boasts luminaire efficiency levels of 40 to 77 lumens/W as well as excellent lighting and colour rendering qualities, setting new standards in terms of lighting for shops and exhibition areas. Tunable White models have been added to the spotlight range: at a high colour rendering index of Ra 90, the colour temperature can be continuously adjusted in the range between 2,700 K and 6,500 K. In case of frequently changing product ranges, flexible adjustment in the white light range ensures that the lighting solution is perfectly matched to the products on display: colours and materials are emphasised authentically and to natural effect; quality of perception is demonstrably enhanced. 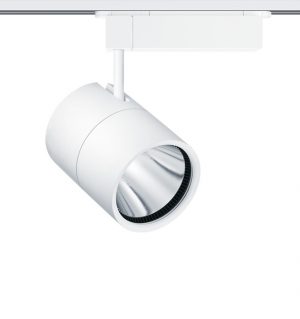 The VIVO Tunable Food LED spotlight combines all features required for the illumination of fresh foodstuffs in one luminaire: thanks to innovative technology, colour points pre- programmed on the LED board can be actuated with high precision, so that the lighting can be precisely adjusted to fruit, vegetables, meat or cheese. This makes the new LED spotlighta perfect alternative to complicated reflector/filter combinations. 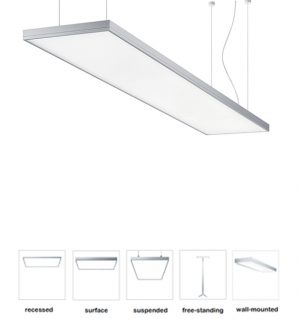 A user study on lighting quality perceived in offices conducted jointly with Fraunhofer IAO shows that users’ preferences with respect to colour temperature differ strongly. Usually, colour temperatures between 3000 K and 6000 K are perceived as ideal, with a clear preference for 4000 K and 5000 K. The study also shows that office users rate their situation at work significantly higher where it is possible for them to adjust the lighting to their personal needs.

Thanks to continuously adjustable colour temperatures ranging from 3000 K to 6000 K, LIGHT FIELDS evolution tunableWhite is perfectly tailored to the users’ individual requirements and biological needs 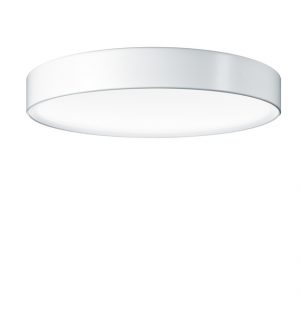 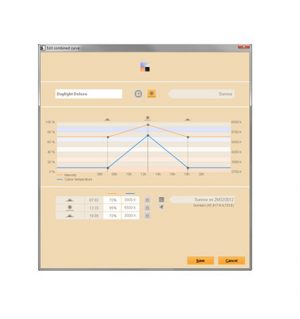 The LUXMATE LITENET Lighting Management System controls small building units as reliably as large-scale building complexes. Maximum energy efficiency can be achieved by intelligent integration of daylight sensors, presence detectors and time sensors. Added value in terms of quality is based on flexibility and convenience. With the latest generation of the lighting ma­nage­ment system, control of Tunable White luminaires has been smoothly integrated into the system. What’s special about it is that the luminaires’ intensity and colour temperature can be set entirely independently and intuitively, on the basis of graphically displayed timelines. The lighting control system is supplied with the basic features of a beneficial lighting concept, including predefined sequences over the course of the day for offices, production facilities, healthcare facilities and retirement homes, based on the latest scientific findings. As these scenarios can be individually adjusted, and existing LITENET installations can be updated, energy-efficient lighting solutions with dynamic colour temperatures and luminous intensity levels can be implemented easily.